The joys of writing the medieval series - by Vijaya Schartz

Well, after the release of LADY OF LUXEMBOURG, Book 4 of the CURSE OF THE LOST ISLE series, I'm now tackling book 5. It will be titled CHATELAINE OF FOREZ unless this working title doesn't stick. It happens sometimes. You write the book, then you think of a better title.

Chatelaine of FOREZ follows Melusine to this not so well known region of France, from the two branches of the river Loire to the source of the River Rhone. South of Burgundy and north of Provence, a land of green hills and mountains, a land of rivers and lakes, a land rich in iron and gold. So rich in fact, that the Romans used its gold to finance their many conquests.

Ancient legends are attached to this land. Little is known of early medieval times there. All I have to go on is a legend, folk tales, obscure genealogies, and the ruins of many castles built, according to legend, by Melusine the Fae. My hero is the first Count of Forez and Lyon, Arthaud, and his enemy is Archbishop Boniface of Lyon. 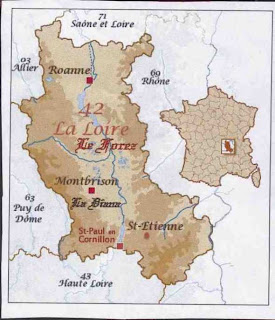 The bishops of the time were princes of the Church, nobles of high birth not lucky enough to be the first born, so they did not inherit their fathers' lands. Instead, their rich families purchased for them seats of power in the Church. So most of these bishops weren't even religious. They craved power and riches... and lands. They raised armies, and took advantage of the unstable political climate of feudal society to gain by the sword what they did not inherit by birth order. 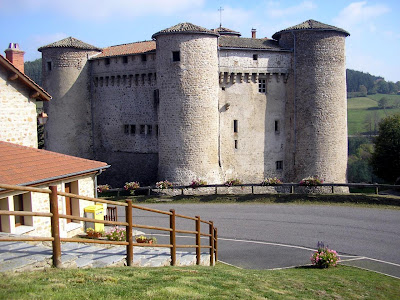 I will not tell you much about the story, as it still evolves in my mind as I write. I'll tell you more about it as it takes shape. CHATELAINE OF FOREZ is scheduled for release in December 2013. 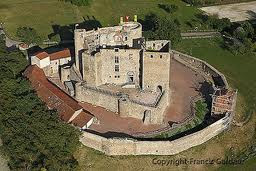 I hope you are enjoying reading this series as much as I enjoy writing it. It has been a long time in the making, I have been researching it for many years and still do research as I write it.

There will be more novels in this series. The next one, scheduled for 2014, will feature Melusine's sister Palatina, and her adventure as she goes on to he First Crusade. Then will come the story of Meliora, the guardian of a sacred castle on Mount Ararat during the Crusades, and forever forbidden to love.

A Few Lines From "A Knight For Love" by A.M.Westerling 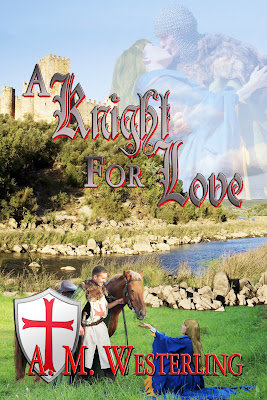 "I am Warin de Taillur," he said simply. He gestured with his chin to the fresh mound and crudely fashioned cross. "Your traveling companion is now in a better place."
Alyna nodded, mute in her misery, the words slowly penetrating her mind. Traveling companion. David. She blinked hard, once, twice, against the tears, forcing them back. She had no time to cry anymore.
She sucked in a huge, ragged breath. How rude the man must find her. First she had hailed him, now sorrow over David's death held her tongue. In truth, she hadn't expected the knight to stop but he had. She opened her mouth to thank him and lifted her gaze enough to finally look him full in the face.
And froze, mouth yet gaping.
He radiated power. It emanated from his every pore, permeating the area around him with a tangible force she could almost reach out and touch.

Posted by Vijaya Schartz at 11:28 PM No comments: