A ROSE BY ANY OTHER NAME - by Vijaya Schartz 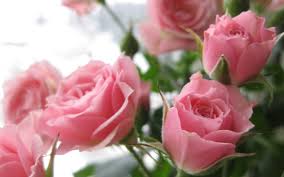 If you were born in June, your birth flower is the rose, and your birth stone the pearl. Another June flower is the honeysuckle, a symbol of everlasting love, often mentioned in medieval songs. But these gorgeous long stem roses we know today do not exist in nature. They are hybrids manipulated by man for millennia, to enhance their beauty or their fragrance.

Most species of roses came from Asia along the silk road and were cultivated in northeast Africa and the near east as far as five thousand years ago. Ancient Zoroastrian texts mention roses with hundreds of petals, and the legends say that originally the rose didn’t have thorns. The thorns only appeared when evil descended to earth. 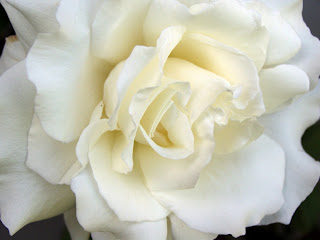 Alexander the Great discovered the rose in Persia, and the Roman emperors soon followed in his steps and fell in love with it. The Romans brought the white rose with them all the way to England where it flourished. In Rome, they used it lavishly and even to excess. Nero was known to bury his banquet guests under mounds of rose petals, to the point of suffocation. After the fall of the Roman Empire, during the dark ages and the barbarian invasions, the rose that had symbolized the oppressor was shunned in most of Europe and mostly forgotten. The early middle ages only knew the primrose, the hawthorn, climbing rose vines, and other wild varieties of the rose family, native to Europe. 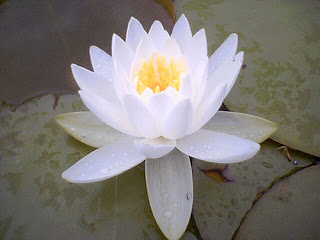 As Islam spread over the middle east, the oriental rose supplanted the lotus as the queen of all flowers. The Turks and the Persians of the time believed that roses were born from drops of sweat from their holy prophet. Soon, their passion for roses spread to Arabia. As early as the tenth century, the Arabs, who perfected the process of distilling perfumes, traded rose water and rose-perfumed oils as valuable commodities to their occupied territories in Spain, and even to China.

In the twelfth century, the Crusaders returning from Jerusalem and Constantinople brought the beautiful rose back to Europe, along with its legends, its fragrance, and its healing powers. Robert de Brie brought to France the Damask rose. With new influx from the middle east, rose water became the rich women’s favorite luxury. So much so that the most ascetic leaders of the Church felt the need to forbid such decadence, considering it sinful. 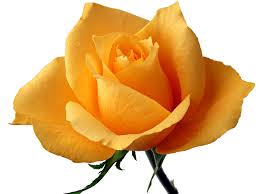 It didn’t prevent medieval women from growing their own rose gardens inside the walls of their fortresses, where they enjoyed spinning, sewing, and embroidering among the fragrant flowers. Soon they learned to distill their own rose water and later made their own perfumes, especially in Provence, where the climate allows the flowers to grow in abundance.

Queen Eleanor of Provence, who married Henry III of England, was the first to adopt a white rose as her family emblem. Her son Edward also chose a rose. The houses of York and Lancaster made their family symbols famous in the War of the Roses. Later, the Tudors combined the two roses into a double rose.

Rosa in Latin is the verb “to love,” and Rose in French is the color pink, the color of most wild roses. In late medieval times, the rose became a cherished symbol in many courtly love stories and legends. My Curse of the Lost Isle series is inspired by such authentic legends. 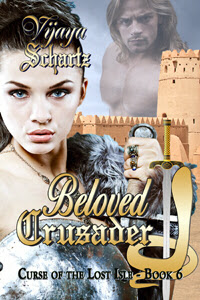 BELOVED CRUSADER
Curse of the Lost Isle Book Six (standalone)
http://amzn.com/B00W3T24PK
1096 AD ‑ To redeem a Pagan curse, Palatina the Fae braves the Christian world to embark on an expedition to free the Holy Sepulcher in Jerusalem from the Turks. Pierre de Belfort, Christian Knight of Lorraine, swore never to let a woman rule his life, and doesn't believe in love. Thrown together into the turmoil of the First Crusade, on a sacred journey to a land of fables, they must learn to trust each other. For in this war, the true enemy is not human... and discovery could mean burning at the stake.