MY NEXT HERO IS A BARBARIAN - by Vijaya Schartz 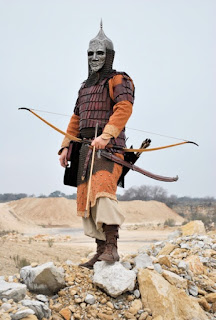 Hard at work on my next medieval novel, set in the middle east during the crusades, I thoroughly enjoy the research, as I always do. In Damsel of the Hawk, Book 7 in the Curse of the Lost Isle series, my hero is a barbarian of the Golden Horde. He is a Kipchak warrior from the personal elite guard of the Byzantine Emperor Alexios in Constantinople.

Recruited by the Byzantines to repel the Turks, the Kipchaks had a strong reputation for honor, unflinching loyalty, and courage in battle. They were the ultimate warriors of their time. They were among the early tribes (like the Huns) to sweep from the steppes and invade what is now Russia, down to the Caucasus mountains, between the Black Sea and the Caspian, all the way to Turkey.
Like the Caucasian people of the time, my new hero has golden skin, blue eyes, and long black hair. He rides a small dun-colored stallion at great speed, can loose an arrow from the saddle at a full gallop. Like all Kipchaks, he wears a silk armor with rectangular iron plates called lamelles, a pointed helmet, and a silver mask to cover his face in battle.

The date is 1204 AD, and this historical period is critical. Constantinople just fell to the Roman Crusaders who looted the golden city. Far in the eastern steppes, in Mongolia, a little known warrior named Temujin is uniting the tribes under his command. Soon, he will become emperor under the name of Genghis Khan, and his empire will stretch from the Danube to Kamchatka and even into China. 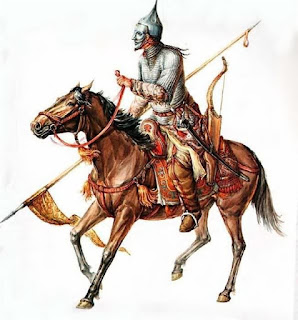 Although the tribes worshiped many minor gods, the principal deity of the warriors of the steppes was the sky god Tengri. In Tengrism, Shamans officiated through blood sacrifices, visions and prophecy. But if their prophecy did not come true, they incurred the risk of being killed... a good deterrent against false pretenses, attempts at manipulation, or abuse of power.

Tengri was known to make plants grow and the lightning flash. Since Tengri was omnipresent, one worshiped him simply, by lifting the hands upwards and bowing low, praying for him to bestow good mind and health, and to assist in performing good deeds. It was the individual's responsibility to initiate those good deeds, and to consciously live in harmony with natural law and the spirits of nature. 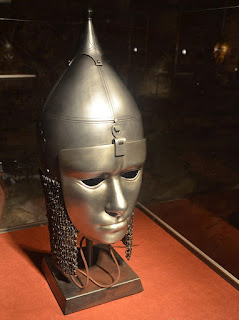 Ancient alien theorists would have a field day with this mythology. All the descriptions tend to indicate an omnipotent being from the sky in a vessel as large as a city, where he lived with all his subalterns. Albeit the fly away paradise. According to legend, Tengri terra-formed Earth when it was entirely covered with water. He brought dry dirt above the surface, and created all life, including man. Tengri gave a soul to each human being at birth. When a person died, their soul would fly like a bird to the "fly away paradise" of the great god Tengri. An 8th century inscription in the Orkon Valley in Mongolia says: "All human sons are born to die in time, as determined by Tengri." 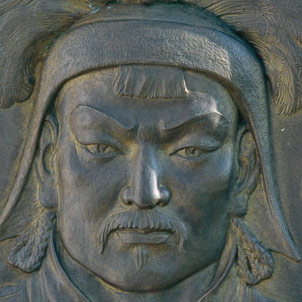 It was believed that Tengri assisted those who revered him and who were active in trying to accomplish his will. Genghis Khan himself, like many other kings or "Khans" of the steppes, claimed he drew his power and his success from the blessings of the eternal sky god, Tengri. Some rulers even claimed to be the direct sons of Tengri.

Tengri is still worshiped in the modern world in a few small Mongolian societies. By the end of the middle ages in Eastern Europe and in the Middle East, Tengrism melded with Judeo-Christian and Moslem religions. In some places, like in Turkey, the word used for Tengri still means God. Remnants of Tengrism can also be found in Tibetan Lamaism. The word "Lama" itself has its source in the creation myths of Tengrism.

If you like the rich cultural diversity of the middle ages, you may want to give a try to the CURSE OF THE LOST ISLE series. The boxed set is a bargain, and the two latest books stand alone. They are available everywhere in all formats, but until the end of this month, all BWL eBooks are BOGO (Buy one, get one free) at the BWL store. Find my BOGO bargains HERE 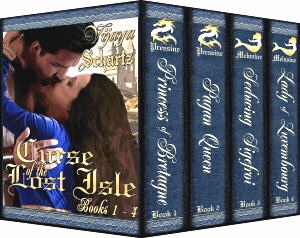 CURSE OF THE LOST ISLE boxed set
Includes the first four novels in the series
In kindle here: http://amzn.com/B00VGMYSCM
From history shrouded in myths, emerges a family of immortal Celtic Ladies, who roam the medieval world in search of salvation from a curse. For centuries, imbued with hereditary gifts, they hide their deadly secret, stirring passions in their wake as they fight the Viking hordes, send the first knights to the Holy Land, give birth to kings and emperors... but if the Church ever suspects what they really are, they will be hunted, tortured, and burned at the stake.
5 stars on Amazon "Edgy Medieval, yay!" 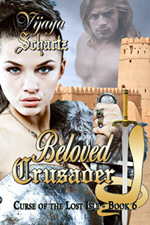 BELOVED CRUSADER
Curse of the Lost Isle Book 6
in kindle here: http://amzn.com/B00W3T24PK
1096 AD - To redeem a Pagan curse, Palatina the Fae braves the Christian world to embark on an expedition to free the Holy Sepulcher in Jerusalem from the Turks.
Pierre de Belfort, Christian Knight of Lorraine, swore never to let a woman rule his life, and doesn't believe in love. Thrown together into the turmoil of the First Crusade, on a sacred journey to a land of fables, they must learn to trust each other. For in this war, the true enemy is not human... and discovery could mean burning at the stake.

"... a vivid look at what life could have been for Pagans and Christians alike. Palatina and Pierre are so lifelike, one could expect them to step out of the page, chain mail jingling and swords flashing." 5 stars (exceptional - crowned heart for excellence) Ind'Tale Magazine July/August 2015 issue.