Travel Through Time, by Jill Hughey 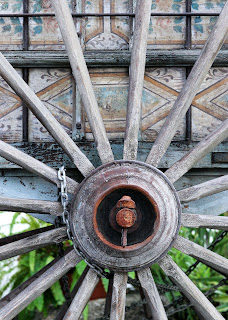 Travel Through Time:  In my last few blog entries I have been discussing the kinds of research needed to make historical fiction accurate, or at least not ridiculously inaccurate.  For most historical novels, the author has to become familiar with the modes of travel.  Even the most protected or ignored romantic characters get at least one or two journeys in their story (think of Jane Austen's Emma or Anne Elliott). How did people get around in the world?  How long did it take to go from point A to point B?  Would they enjoy the trip or would it be an arduous or dangerous undertaking?

Even if our main characters never leave their homes, other players probably have to come and go from our setting in order to keep the story interesting.  Understanding the ways people travelled during a time period can be a challenge but can also add a wonderful element of human progress.  I wrote a short romance call Sass Meets Class- soon to be released - set in Arizona in the 1880s.  I had a very specific time span in mind due to some other actual events that happened around my location.  This was also when railroads were just being built in the region so I had to determine exactly when each line was completed and how that might affect the hero and heroine's movements.  It actually worked out quite well because I was able to bring my hero back to the love of his life much more quickly by train than when he left her behind on horseback. 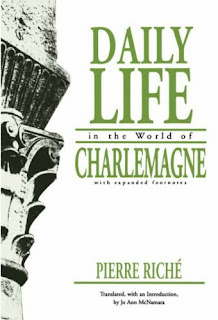 This leads into how the time required to make a journey can be important to the story.  Figuring out the timeline of a story is one of the biggest challenges for me as a writer because I am always so impatient to start writing!  Once I have the timeline though, a journey has to be accounted for somehow, even if mentioned in one sentence.  For Redeemed, the second story in my Evolution Series, I had to figure out how long it would take my hero Doeg to return home from the Carolingian Army's summer camp in the year 834.  (Determining where the army camped that year was a whole different research topic.)  I knew he would be on a horse.  I had to decide what route he might take, how many miles or leagues that route would add up to, and how many miles or leagues a fully-loaded horse can travel day-after-day-after-day.  A good reference book for the correct time period is invaluable for this kind of information (I use Daily Life in the World of Charlemagne), especially the routes and speed of travel.  Obviously Doeg's horse would not compare to the modern horse so there is some value in finding as much information as you can from the right time in history.  It is doubtful that any book or internet search could tell me exactly how long it would have taken him to ride from Langres to Regensburg but I owe my readers at least a credible estimate. 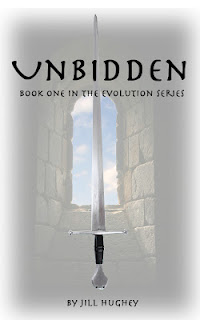 The rigors of travel were very different depending on the time period, wealth of the traveler, mode of travel, and location.  Many of us are familiar with first kisses stolen in the confines of a luxurious carriage or the forbidden assignation in the deep of night at an inn.  Most of my characters live a slightly more rustic life.  In Unbidden my hero and heroine, David and Rochelle, travel for four days with a small group of travelers.  Unlike Doeg's eleven-day solo journey that I covered in one paragraph, I wrote something about every day of David and Rochelle's trip so David would have time to woo Rochelle as she tried to resist her developing affection for him.   Obviously they could not just float along talking to each other.  The logistics of the trip had to be at least mentioned or more preferably used to establish a strong sense of what traveling would be like in 831 Francia.  Where would they sleep?  Answer:  one night in the open, one night in a monastery, one night outside the walls of a monastery.  During one day they are in a huge thunderstorm with no shelter.  On another day Rochelle is set upon by two petty thieves.  Obviously these occurrences set up opportunities for David and Rochelle to interact but they were also very real dangers of travel in the Middle Ages.  Could one of them, on the other hand, get a bad case of poison ivy?  Preferably not, because poison ivy is indigenous to North America, not Europe.

Some of my favorite "classic" romances are set on sailing ships.  What is your favorite or the most unique travel scenario you have encountered in books set on the planet Earth?
Posted by Jill Hughey at 5:02 AM