Why Medieval? by Author Deborah Kinnard 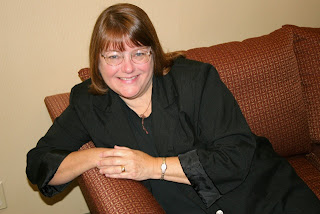 So you say you want to write a story set in the middle ages. Good for you! In our market, medieval fiction is somewhat under-represented. Of course, where a vacuum exists of any sort, nature (or writers) tend to want to fill it...

Many reasons can be found for setting a story in this fascinating time period. For one thing, the question of faith—how many of us can imagine living in a land where everyone is (at least nominally) a believer? Medieval Europeans took for granted that Jesus is Lord, to the glory of God the Father. These weren’t matters for discussion or question—they simply were. Faith informed people’s lives, and if they questioned, they did so privately.

This pervasive mindset makes for interesting fiction. Medieval people, and your characters as well, will live and walk and work with their faith an ever-present part of their lives. The church was all-embracing and all-pervasive. No matter how deeply a modern character feels and lives his faith, there is a difference—for the medievals, it existed everywhere.

Now that you’ve decided this is for you, the first question is: which middle ages do you want as your setting? If it’s fantasy-medieval, where lovely maiden Rapunzel waits in her high tower for her stalwart knight to come rescue her—this is for discussion elsewhere.

Instead let’s say your project will be set in the ACTUAL middle ages. What must you do so it reads real? Understand first that the best we modern-era writers can do is to approximate how people lived, spoke, and thought. This doesn’t, however, give license to get the period-based facts wrong.

Let’s assume you “know” your story. Some months before you start to write, you must decide on your setting. Let’s say it’s England. What do you know about England in your era of choice?

If, like many of us, you decide “not enough”, you begin to research. Very soon you find that the breadth of data on your chosen time-period varies greatly according to that time period. There is, however, a wealth of information about the British Isles in the middle ages. More accumulates in the body of knowledge all the time. This is because, alone of all the European nations in their birth-years, England has a rich trove of documents and artifacts which have survived the centuries.

How will you pick what information to include in your story, and what to leave aside? After all, you’re writing a novel, a work of fiction, not a scholarly tome for academics to dissect and argue over. One idea is to keep a separate document, either in Word or Notepad or even the handy MS One Note, for the research items that seem pertinent to your story.

You may end up using all of them. You may use none. Possibly you decide some are fascinating, but do not move your story forward and therefore must be left out. Whether you’re a dedicated plotter or a free-wheeling seat-of-the-pants writer, you’ll need to make a research treasure trove of your very own.

Your characters as they gestate in your mind will dictate some of what you are researching, and how deeply you dig. It’s possible also to mark a spot as you write, where more digging is needed, and return to it at a later time. I change the font color to red so that I can more clearly see the “more research” note on the screen. Some authors bookmark the spot in Word, others highlight.

Questions that might arise may include such things as how did your knight cushion his armor to prevent its chafing his skin? What did your serving maid wear? In what year did English people first use table forks?

You’ll need to research these things, rather than making them up as you go. Yes, you’re writing fiction, but depend on this: if you fudge an item, some more knowledgeable zealot-reader WILL catch it and call you out on it.

Granted, in places history shrouds her secrets and we won’t find out everything we need. Above all, whether you’re looking to market your story to a specific publisher or you’re writing with a distant dream of publishing the project, be aware of the need to make your characters true to their own era.


Creating a feisty, spunky heroine will work great for a contemporary, but would she really act this way in the thirteenth century? Or would she conform to that age’s attitudes about women? If at any moment she feels rebellious, will she voice her opinions or keep them to herself? Can she read? If so, you must explain why. Until the late fourteenth century, this skill was felt to be inappropriate outside the Church or the highest nobility.

Is he an atheist? If so, he can’t be vocal about it, unless it works better for your story that he be brought up on charges for heresy. Does he embrace tolerance of races and peoples outside his own? Then your character may ring untrue to some of the more racist views the medieval centuries held.

When you write in this era, you’re reaching for mindsets and attitudes many of which we no longer honor. Give the age its due by making your characters true to that age’s spirit, and not necessarily like ours. This can be a hard line to walk when writing, because of course our readers are our contemporaries and we’re reaching into their mindset, not those of our characters.

There is much to admire about the medievals, and much that resonates with our own experience. Love, grief, loyalty, friendship endure through the ages. Writing in this setting merely means you must call up different ways of expression to do them justice.

http://www.regia.org/ The Regia Anglorum site is full of period detail, provided by re-enactors who have done the jobs they describe.

http://www.sca.org/  The Society for Creative Anachronism is a group of dedicated re-enactors. They focus on the long stretch between the Roman twilight and the 16th century.

www.milieux.com/costume  for details about dress and its creation.

http://www.behindthename.com/ – to research what names mean and whether they might’ve been used in your century. You really don’t want a medieval maiden named Tiffani.

http://www.etymonline.com/ – to look up a word. You may want to see whether your word of choice even existed in your chosen time.

http://www.plantagenetdynasty.blogspot.com/ – a blog about the royal family in the 13th and 14th centuries.

http://www.middle-ages.org.uk/ – to find out about life and customs of the English medieval period.

http://www.saints.sqpn.com/ – for information on saints and who is the patron of what area of life, the legends that grew up about them, and when their feasts are celebrated.

http://wychwood.wikidot.com/ – a re-enactors’ recreation of medieval life, complete with a town they are building, recipes for medieval food, etc.

http://www.saradouglass.com/relfest.html -- a site that will let you figure out whether Easter fell in March or April that year, and many other “movable feasts.”

http://www.medievalists.net/ – a potpourri site – a little of everything. 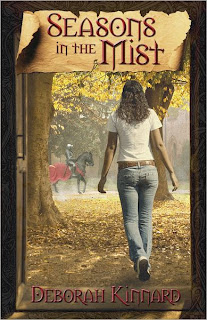 Stranded in 1353 Cornwall, American graduate student Bethany Lindstrom knows she must find a way back to her own time or face a life of falsehoods and peril. But with the stern overlord Sir Michael Veryan, she is swept into the intrigues of King Edward’s court, which will test their mettle and their faith in God to the limits—and forever bind their lives together.

Posted by Vijaya Schartz at 2:53 AM