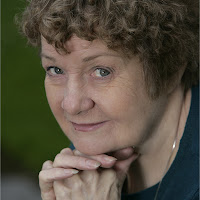 When I carried wood as a pre-teen so my Great Aunt Martha could stoke up the iron stove to prepare dinner, I wasn't thinking, "I could use this in a novel someday." Yet almost 60 years later, the skills I learned from my horse-and-buggy ancestors translate into backdrops for my historical romance novels. Growing up with paternal grandparents born in the 1890's made creating historical novels a logical choice.

When I carried wood as a pre-teen so my Great Aunt Martha could stoke up the iron stove to prepare dinner, I wasn’t thinking, “I could use this in a novel someday.” Yet, the skills I learned from my horse-and-buggy ancestors translate into backdrops for my medieval romantic suspense novels. Until doing research, I didn't realize how many cooking and household tools and utensils were still in use at the turn of the 20th century which were similar to those in use in the Middle Ages.

Those days are gone and that's fine by me. Hanging heavy, soaking, dripping wash on the clothesline in the cold of winter with my fingers freezing to the clothespins was not my cup of tea. The backbreaking work tending a vegetable garden and farm animals was also not for me. A well-stocked grocery store suits me just fine.

What I got from those times spent with my grandparents’ generation and was a sense of their daily lives before technology. No plastic, no vacuum cleaners, no wash machines and dryers, no t.v., no phones, no box stores, no cars, no jet planes, no Internet.

I transfer those intimate details into my manuscripts. By doing so, I create for you the experience of medieval times just by reading MATILDA'S SONG and OUT OF THE DARK. 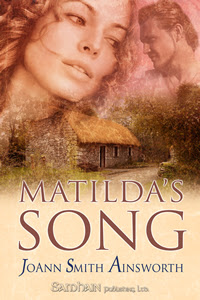 Duty requires sacrifice…but the heart will not be denied

At the time, pretending marriage to her middle-aged widower cousin seemed like the best way to escape a politically motivated betrothal to a brutal knight. Now, her journey toward a new life has landed her in hot water—she’s been waylaid by a local Norman baron who’s mistaken her for a real bride. And he demands First Night rights.

Hot water turns to steam in a scalding night of passion…passion she has never known. And now must live without.

Lord Geoffrey is entranced at first sight of the Anglo-Saxon beauty and finds that one night in her arms is not nearly enough. But all he can offer the low-born Matilda is a life in the shadows—as his mistress. 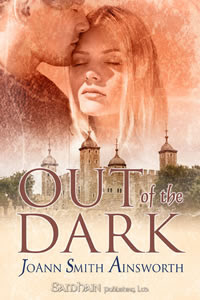 Blinded—she by nature, he by loyalty.

As a blind woman seen as a flawed commodity, Lady Lynnet is used to the idea that she's unlovable. But her parents' plan to force her into a loveless marriage is too much. Wandering, upset and lost in the cellars of the king's castle, the darkness doesn't frighten her, but the murder plot she overhears chills her to the bone. Worse, no one believes her, and the only one she can turn to is a sheriff whose voice sounds disturbingly like one of the conspirators.


Basil, Sheriff of London, is battle-hardened, fiercely loyal—and torn apart. He's falling in love with the Saxon beauty, and he longs to show her she is worthy of love despite her physical limitation.


But the very corruption she is helping him root out may implicate his own half brother. How can he turn his back on family—for an Anglo-Saxon woman?